I have been telling everyone who asked me if I was excited about this journey that I would wait until Vienna before I let that happen. My unconscious had other plans.

I found myself at Tullamarine International terminal at seven am on a Sunday morning looking for my flight details with some concern. The info man laughed, “you are here twelve hours early, your flight is tonight…”

At least I knew I was packed and ready to go. I went home and waited for my opportunity to relaunch myself at the world.

The queue was long (I forgot to check in online), but Easter Sunday night is a relatively quick churn through screening and Border folk. What I wasn’t prepared for was the bold move by Melbourne Airport to remove any retail experience beyond duty-free. Flat representations of a bright new future are no replacement for real shops. Phased development appears to be a foreign concept, which you think an international airport would be better at integrating…

Retail deprived I joined the holding pen, waited my turn, then shuffled down the cattle race as one of the herd.

On one side of me a pleasant young blonde woman with a heavy cold, the other side a polite young brunette man. Immediately he began to interrogate me: my profession, my family, where was I traveling, how often had I flown. At this point, while we were taxiing to take off, I realised that this was all in the name of diverting his nerves. A small boy across the aisle was shrieking his head off because his seatbelt restrained him, his mother making futile efforts to pacify him.

This boy continued to scream in a sustained fashion throughout the flight whenever any situation did not meet his exacting requirements, his mother always cajoling or reasoning with him. I managed to sleep in one-hour intervals between thirty-minute shrieking sessions. It was twelve hours into the flight before the young brunette acknowledged any interest by holding the boy and playing games with him on the video console. The child attempted to use me as an extended armchair which I resisted firmly, much to his perplexed dissatisfaction.

We landed at dawn in Doha, and I allowed the blonde cold carrier and the high functioning family to precede me into the terminal.

Doha terminal is a palace of vanity filled with flocks of transitional souls. It is an afterlife of transport, a limbo of dysrhythmia, filled with big statements that slide past comprehension as travelers try to catch a glimpse of their next flight’s details held on a listing screen ten seconds per refresh. I was glad to be on board my flight to Vienna within an hour.

The six hours across Iran, Turkey and Bulgaria were blissfully uneventful, filled with an inane movie and sleep.

Vienna was a blissfully easy entry to the EU, and a quick ride to the Hauptbahnhof left me with three hours to contemplate Starbuck decaf, Viennese cakes, and dysrhythmia wheat beer. 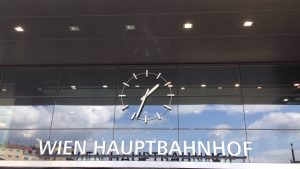 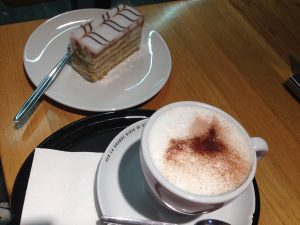 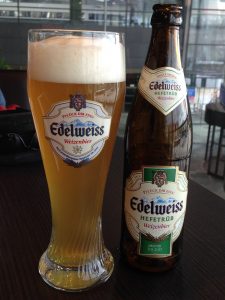 On the platform waiting for the Zagreb train that would drop me at Maribor, a well-dressed man approached me with broken English who wanted to talk about his life as a Syrian refugee in Austria. It was an interesting conversation, he asked me for money, I gave him what I thought was reasonable and he immediately ended the conversation and looked for others to ask.

My train wound through high valleys filled with blossoming trees, half ruined Schloss, Hapsburg engineering and snow dusted crags. A great, cheap, transport of delight, enjoy it if you have the opportunity, remembering to ignore the mediocre food and concentrate on the good beer and spectacular rolling mise en scene. 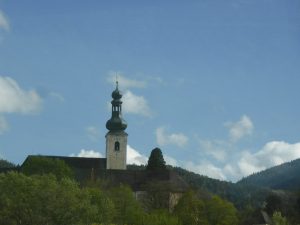 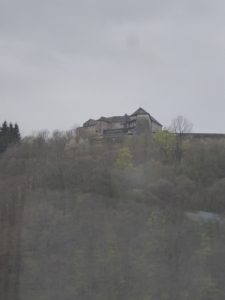 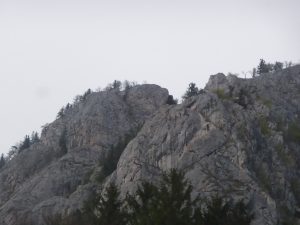 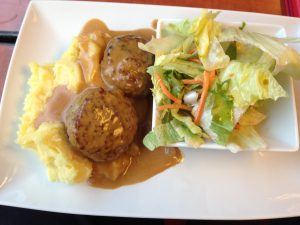 I tottered off the train at Maribor, blearily found my way to the taxi rank, brought up my AirBnB address on my iPhone, kept myself awake for the five-minute journey. My host’s proxy greeted me and gave me the keys. I let myself in and fell onto the bed.