This is the sign outside the old Stalag XVIIID in Maribor, Slovenia. My father was a prisoner of war here before he escaped in 1944. 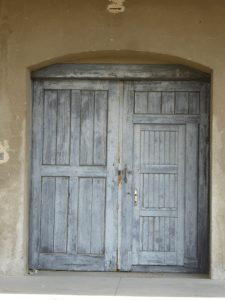 Through these doors over 5,000 Russian prisoners of war entered between July 1941 and April 1942. None of them left this building alive. Sometimes as a punishment for misbehaviour, my father had to bury them. This is the Russian POW building, it’s at the end of a railway siding, easy to deliver souls to the hell realms. A window into despair. The memorial to my father’s escape at the place that it happened, Ozbalt. The Slovenes always honour and remember the escape at Ozbalt. This is the view the partisans and my father had when they liberated 80 POWs at Ozbalt. 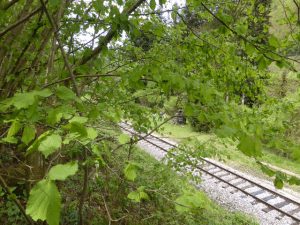 Hiding in the bushes, waiting for the German train to deliver the POWs to Ozbalt. The memorial to the Partisans of the region 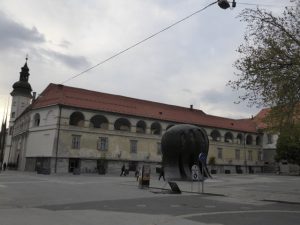 Maribor Castle with the war memorial in front. The names listed are of civilian hostages shot by German firing squads. Ten civilians executed for every German harmed. Another view of the escape point memorial at Ozbalt The Slovenes mark the 350kms of the escape with the sign of a crow in flight, to memorialise my father, known to his fellow POWs as “the Crow” as he was the only South Australian.